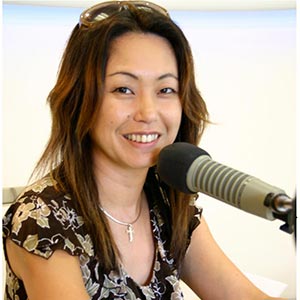 Born in Japan, she has been working in the media and music world for a long time since her university days in Japan. She moved to Hawai‘i and established Studio Rim Hawaii Inc.

Known by her following as "Pele Reiko" she hosts broadcasts each week, delivering Hawaii updates and promoting Hawaiian music to Japan. She is also a Japanese docent at Iolani Palace, researching Japanese immigrant history in Hawaii.

She is a graduate of the Department of Biology, National Niigata University. She enjoys partipating in marathon races.