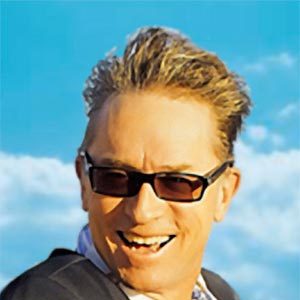 Paul has had a very successful career as a musician (both recording and performing) and as a freelance music producer/engineer since the mid-1980s. He has won a number of music awards for both his production work and his compositions.

While working as a co-composer and sound designer on the international award-winning children's TV show "DirtGirlWorld", Paul was asked by the show's producers if he could add some slide guitar to the sound-track, After borrowing a six-string Maton Silvertone, he started experimenting with sounds. He then started looking around for a lap steel that he could buy. After coming across a Shobud "Maverick" student-model pedal steel, he figured that if he never worked out how to use the pedals, he could just play it as a console steel! However, like so many before him, Paul became hopelessly addicted to pedal steel and spent the next five years or so exploring that instrument.

After being contacted by a local ukulele club about performing on steel guitar at one of their shows, Paul fortuitously met Stu Eadie (a.k.a. "Stukulele") and, together with Rod Coe, formed the Hawaiian music trio Aloha Baby. Over the past four years, the group has been performing at Music Festivals, clubs and restaurants.

When he's not playing steel guitar, Paul splits his time between running Heaven Recording Studios and his Community Arts Work. As a music educator and practitioner, Paul promotes the belief in the positive power of music as a therapeutic tool for children and young people. He is currently providing music therapy programs to a range of children and young people in the Clarence Valley and Northern Rivers regions.

Paul's participation at the 2019 Waikiki Steel Guitar Week has been made possible through a Quick Response Grant provided by Regional Arts NSW through the Regional Arts Fund, an Australian Government initiative supporting the arts in regional, remote and very remote Australia.